Is It Time To Declutter? 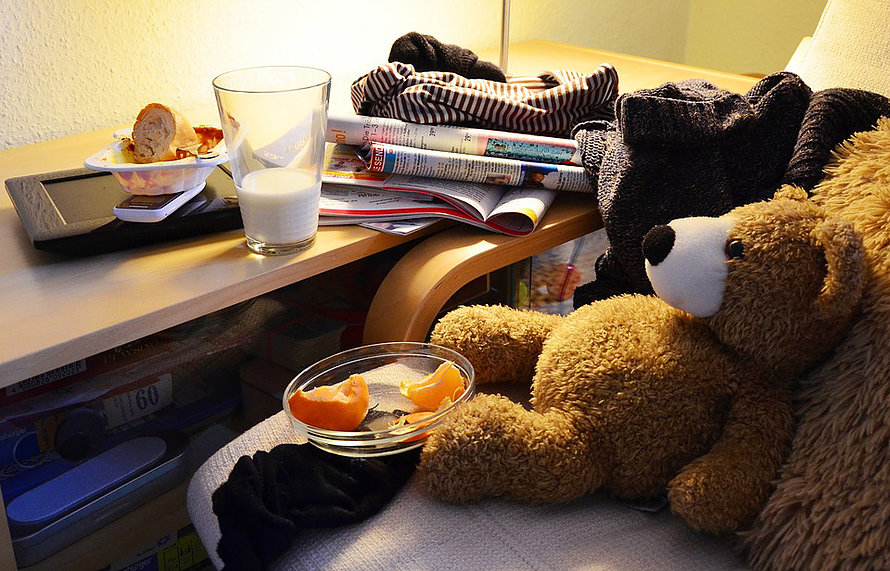 Is it time for you to let some things go? They may not be bad things or even uncomfortable situations, but you know that their time is up in your life.

The same thing happened to me.

Over the years, in prayer I have hear one word – declutter.  Each time this word has echoed in my soul, the same two things have occurred – 1. I am at the beginning of a new season in my life and 2. I am not listening to God as clearly as I should. Declutter is God’s way of telling me it is time to realign, reassess, and release the things, relationships, habits, thoughts, and routines that I have accumulated whose reason for being in my life is over. It is how He helps me keep my life in His will.

For example, a few years after I moved into my present home I heard declutter. I was not prepared for the cascade of mixed emotions that followed as I cleaned closets and drawers.

The black suit I wore to my childhood sweetheart’s funeral after thirty-three years of married bliss was crammed into the closet with the wedding dress I wore to begin my failed two- year second marriage. Three sizes of clothing, some with tags still on them waiting for years to be worn, testified to the fact that I could not control my weight. There was so much stuff: forgotten stuff, broken stuff, outdated stuff, precious stuff.  Happiness, sorrow, hurt, and anger surfaced amid laughter and tears as I sorted and stopped, emotionally drained; and started over again.

Three days later the closets and drawers were organized, and a strange change had taken place.  I felt so much calmer and clearer. I was once again reminded that there is a time to keep things, relationships, habits, and feelings and there is a time to let them go.  There can be no peaceful tomorrow or calm today if I hold on to the chaos from yesterday.

After that episode, I began to teach in a Florida based bible college that had a branch in East St. Louis, Illinois. God will not allow me to drag expired “stuff” into my new season, and for that I am grateful. I thank my Heavenly Father for periodically bringing back to my remembrance that there is a time to keep and a time to cast away.

Are you in your declutter season? Ask God to help you release the old so that you can embrace the new.